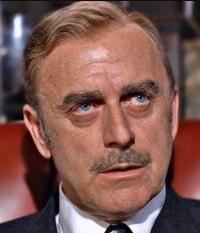 John passed away on February 4, 1992 at the age of 76 in Santa Barbara, California, USA. John's cause of death was emphysema and diabetes.

Unlike many actors, John Dehner's career didn't begin on the stage or on radio. He started out as an animator for Walt Disney Studios, then worked as a disc jockey and a professional pianist. He made his film debut in the 1940s, and has appeared in dozens of films. A tall and distinguished looking man with a rich voice and somewhat flamboyant demeanor, Dehner often was cast as an outlaw leader, crooked banker or saloon owner in westerns and adventure films, although he was occasionally cast against type in comedies, and played a crusading newspaper reporter in the TV series The Roaring 20's (1960).