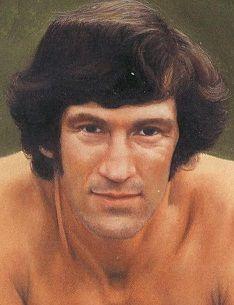 John passed away on April 25, 2019 at the age of 79 in Jupiter, Florida, United States. John's cause of death was complications of Parkinson's disease.

John Joseph "Hondo" Havlicek (/ˈhævlɨtʃɛk/ HAV-lə-chek; born April 8, 1940) is a retired American professional basketball player who competed for 16 seasons with the Boston Celtics, winning eight NBA championships, four of them coming in his first four seasons.
A thirteen-time NBA All-Star, Havlicek retired in 1978 and his number 17 jersey was immediately retired by the Celtics. At the time of his retirement, Havlicek was the NBA career leader in games played (surpassed in 1984 by Elvin Hayes and now held by Robert Parish) and third in points behind Chamberlain and Oscar Robertson. Havlicek also retired as the career leader in field goal attempts (later surpassed by Kareem Abdul-Jabbar) and missed field goals (later surpassed by Kobe Bryant). Havlicek is now 26th, 15th, 6th and 2nd, respectively, in those stats.

Havlicek was shrewd with his money during his playing career, and he invested much of his money in the Wendy's fast food chain during its formative years. The success of his investments left Havlicek with a comfortable income after retirement and never had to work for a conventional salary again. He had no desire to coach; instead, he served as a corporate speaker.
Havlicek's son Chris played collegiate basketball for the University of Virginia in the early 1990s. His daughter Jill married retired MLB outfielder and current MLB coach Brian Buchanan.