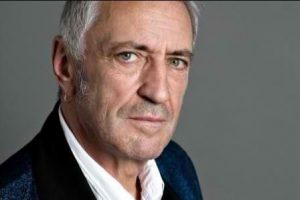 John is alive and kicking and is currently 73 years old.
Please ignore rumors and hoaxes.
If you have any unfortunate news that this page should be update with, please let us know using this .

Does John Waters Have the coronavirus?

John Russell Waters (born 8 December 1948) is a film, theatre and television actor and musician best known in Australia, to where he moved in 1968. He is the son of Scottish actor, Russell Waters. John Waters has been in the industry for over 40 years, and was part of the Australian children's television series, Play School, for almost 20 years.
Waters played Capt. Alfred Taylor in the 1980 film Breaker Morant which starred British actor Edward Woodward as Harry "Breaker" Morant. In 1982, Waters appeared in the World War II film Attack Force Z alongside Mel Gibson, John Phillip Law and Sam Neill. In 2013, Waters starred in a local regional film production created by Luis Bayonas, called Adios.

Waters first big break was in musicals, playing Claude in a Sydney production of Hair in 1969, then Judas in Godspell and Pontius Pilate in the Australian concert production of Jesus Christ Superstar. He was in the original Australian production of They're Playing Our Song, which opened on 23 August 1980 at the Theatre Royal in Sydney. It starred Waters and Jacki Weaver, with Rhonda Burchmore as one of the Inner Voices. An Australian cast recording of the show was later released by Festival Records.
Waters lives in the Southern Highlands, NSW with his third wife, Zoe Burton, and their three children. Waters also has two adult children from his first marriage.