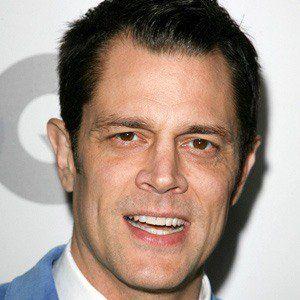 Johnny is alive and kicking and is currently 51 years old.
Please ignore rumors and hoaxes.
If you have any unfortunate news that this page should be update with, please let us know using this .

Does Johnny Knoxville Have the coronavirus?

Johnny Knoxville (born Philip John Clapp, Jr.; March 11, 1971), is an American actor, comedian, film producer, screenwriter, and stunt performer. He is best known as a co-creator and star of the MTV reality stunt show Jackass, which aired for three seasons from 2000–2002. A year later, Knoxville and his co-stars returned for the first installment in the Jackass film series, with a second and third installment being released in 2006 and 2010, respectively. In 2013, he starred in Jackass Presents: Bad Grandpa as his Jackass character Irving Zisman. Knoxville has had acting roles in films like Men in Black II (2002), The Dukes of Hazzard, The Ringer (both 2005) and The Last Stand (2013), as well as having voiced Leonardo in Teenage Mutant Ninja Turtles (2014).