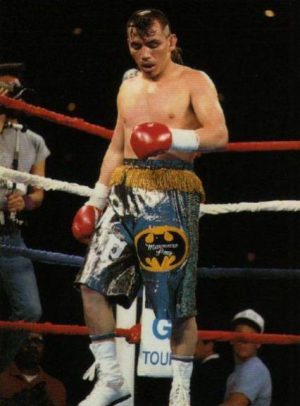 Jorge is alive and kicking and is currently 56 years old.
Please ignore rumors and hoaxes.
If you have any unfortunate news that this page should be update with, please let us know using this .

Does Jorge 'Maromero' Páez Have the coronavirus?

Jorge Adolfo Febles Páez (born October 27, 1965) is a Mexican actor, circus performer and former professional boxer. In boxing he held the WBO and IBF featherweight titles. Paez's nickname of "El Maromero" is in honor of the somersault (referred to in mexican spanish as "maroma") acts he performs at the circus. It was in the circus that he learned acrobatic moves he would later use in the boxing ring. Páez is also the father of Azriel Páez and Jorge Páez, Jr.