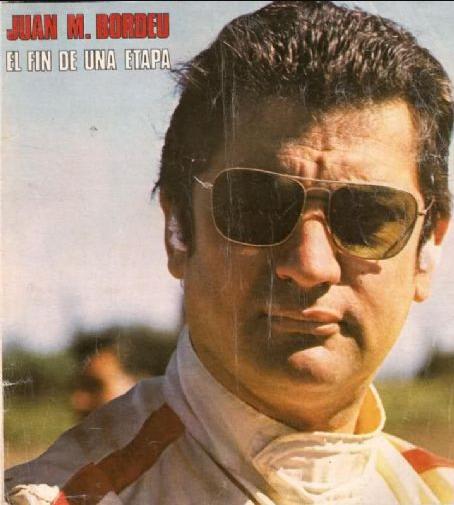 Juan Manuel Bordeu (28 January 1934 – 24 November 1990) was a racing driver from Buenos Aires, Argentina. A protégé of Juan Manuel Fangio, Bordeu had a successful early career but a bad testing accident wrecked his chances in Formula One. His only World Championship Formula One entry was at the 1961 French Grand Prix in a Lotus run by the UDT Laystall team, but the car was eventually driven by Lucien Bianchi