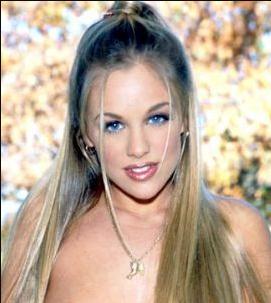 Judy Star was a Canadian escort and adult movie actress. She began her career in the adult industry in 2000 in the film North Pole #19. She launched herself into fame with her natural blonde hair, but later she dyed it black.
In 2003, she revealed that she is a lesbian and that she is not attracted to men, despite her numerous heterosexual professional scenes. In April of 2004, she had a scare in the adult film business, as she was in quarantine awaiting the HIV result.

During 2004 she appeared in several movies with Darren James and Lara Roxx, infected actors who had to withdraw from the industry. Judy was then the only "second generation" woman to have been with James, but fortunately, it was found that her results were negative for HIV.
It was announced that she died on July 6, 2010 in Longueuil, Quebec, Canada but there is no official statement to confirm it.