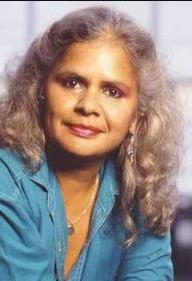 Justine passed away on April 15, 2007 at the age of 54 in Sydney, New South Wales, Australia. Justine's cause of death was cancer.

Justine Florence Saunders, OAM (20 February 1953 – 15 April 2007) was an Australian stage, film and television actress. She was a member of the Woppaburra indigenous people, from the Kanomie clan of Keppel Island in Queensland. She was born next to a railway track. At the age of 11, she was removed from her mother Heather, and taken to Brisbane and placed in a convent. Heather was not told of Justine's whereabouts for more than ten years, and spent much of that time searching for her.