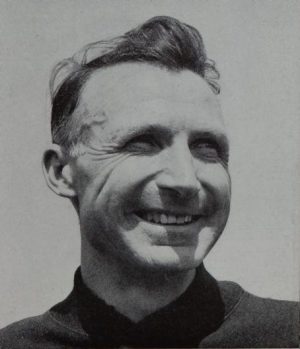 John Kenneth Doherty (May 16, 1905 – April 19, 1996) was an American decathlon champion, college track and field coach, author and longtime director of the Penn Relays. While a student at the University of Michigan, Doherty won the American decathlon championship in 1928 and 1929 and won the bronze medal in the event at the 1928 Summer Olympics in Amsterdam. He later served as a track coach at Princeton University (1929–1930), the University of Michigan (1930–1948), and the University of Pennsylvania (1948–1957). He was also the meet director for the Penn Relays from 1956 to 1969 and of the first dual track meet between the United States and the Soviet Union in 1959. He was also a published author of works on track coaching, and his Track & Field Omnibook was regarded as "the track coach's bible" from the 1970s through the 1990s. Doherty has been inducted into at least six athletic halls of fame, including the National Track and Field Hall of Fame and athletic halls of fame at the University of Pennsylvania, University of Michigan, and Wayne State University.