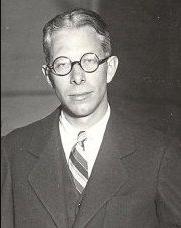 Kenneth passed away on January 2, 1930 at the age of 31 in Santa Monica, California, USA. Kenneth's cause of death was plane crash.

Kenneth Neil Hawks was an American film director and producer.
Hawks served in the United States Army Air Service during World War I. He then graduated from Yale University in 1919. He soon moved to Hollywood, California with brother Howard Hawks; He became a writer, editor and supervisor at Fox Films Corporation in 1926. He began directing films for Fox in 1929. He was supervising producer of the Fox documentary film True Heaven (1929).

On January 2, 1930 while directing filming of aerial scenes for the film Such Men Are Dangerous he was killed in a plane crash over the Pacific Ocean along with 9 others: pilot Walter Ross Cook, cameraman George Eastman, assistant director Ben Frankel, assistant director Max Gold, Tom Harris, Harry Johannes, Otho Jordan, pilot Halleck Rouse, and cinematographer Conrad Wells (also known as Abraham Fried). The planes that crashed into each other were identical Stinson SM-1F Detroiters; sun glare was listed as probable cause.
Kenneth met actress Mary Astor in 1927 and they were married on February 26, 1928 at her home, Moorcrest. Kenneth gave Astor a new Packard as a wedding gift. They soon moved to a home on Lookout Mountain in Los Angeles, California.