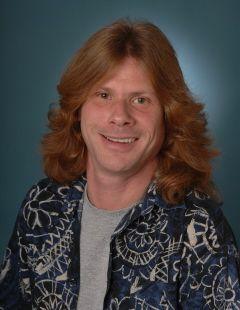 Kenneth Keith passed away on April 24, 2008 at the age of 39 in Media, Delaware County, Pennsylvania, USA. Kenneth Keith's cause of death was pneumonia.

TriviaWas a member of Howard Stern`s Wack Pack.Hosted his own public access cable TV show.Frequent guest on Howard Stern`s radio show.Discovered by Howard Stern.Author and composer of such songs as "I Got Beers" and "Nuthin` But Drunk."Suffered from cystic fibrosis but died from pneumonia at Riddle Memorial Hospital near Media, just outside of Philadelphia, while in custody for an attempted child abduction charge. His mother claimed officials of the Delaware County jail didn`t provide proper treatment for him, causing him to catch pneumonia.Had a large collection of old glass milk bottles.The only son of the late Harry Kallenbach, and Fay Kallenbach of Boothwyn, Pennsylvania.