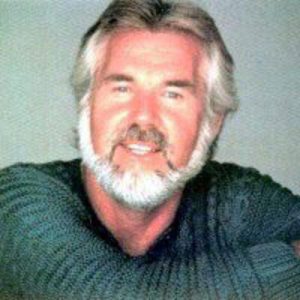 Kenneth Ray "Kenny" Rogers (born August 21, 1938) is an American singer, songwriter and record producer. He is a member of the Country Music Hall of Fame.
In 2015, Rogers announced his farewell tour, titled The Gambler's Last Deal. He stated his intention to retire from touring at its completion, although he is considering the possibility of recording another studio album. In announcing the tour, Rogers indicated at the time that his final tour appearance would be on NBC's Today show. Concert dates were scheduled through 2018 and included visits to the United States, Australia, Scotland, Ireland, England, The Netherlands and Switzerland. On April 5, 2018, it was announced that Rogers canceled his remaining tour as advised by doctors due to a series of health challenges.

Rogers' final concert in Nashville took place on October 25, 2017 at the Bridgestone Arena where he was joined by an array of guest artists including Linda Davis, Elle King, Little Big Town, Lionel Richie, Billy Currington, Lee Greenwood, The Flaming Lips, The Oak Ridge Boys, Justin Moore, Travis Tritt, The Judds, Kris Kristofferson, Alison Krauss, Chris Stapleton, Lady Antebellum, Idina Menzel, Crystal Gayle, Reba McEntire and Jamey Johnson. The concert also included a special appearance by long-time friend Dolly Parton, who performed "You Can't Make Old Friends" and "Islands in the Stream" with Rogers for the final time.
Kenny Rogers has been married five times (with each marriage lasting longer than the previous one) and has five children. He married Janice Gordon on May 15, 1958; they divorced in April 1960 with one child. Rogers married Jean Rogers in October 1960 and divorced her in 1963. He married Margo Anderson in October 1964 and divorced her in 1976 with one child. Rogers married Marianne Gordon on October 1, 1977, and divorced her in 1993 with one child. He married Wanda Miller on June 1, 1997; they have two children.
The artist's family announced his passing on Rogers' verified Twitter account, saying he died Friday night, March 20, 2020, from natural causes under the care of hospice and surrounded by family.