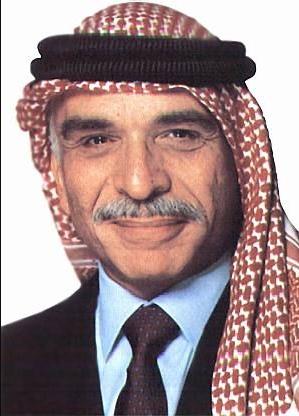 Hussein bin Talal was King of Jordan from the abdication of his father, King Talal, in 1952, until his death. Hussein's rule extended through the Cold War and four decades of Arab-Israeli conflict. He recognized Israel in 1994, becoming the second Arab head of state to do so.