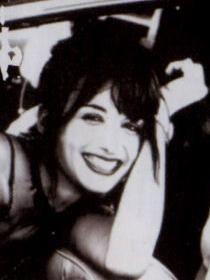 Kristen passed away on June 15, 1994 at the age of 27 in Seattle, Washington. Kristen's cause of death was heroin overdose.

Kristen Marie Pfaff was an American musician, best known as the bassist for alternative rock band Hole from 1993 to 1994. Prior to Hole, Pfaff also served as the bassist and backing vocalist for Minneapolis based band Janitor Joe.