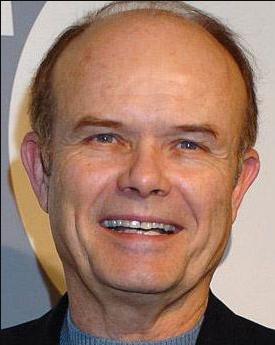 Kurtwood is alive and kicking and is currently 78 years old.
Please ignore rumors and hoaxes.
If you have any unfortunate news that this page should be update with, please let us know using this .

Does Kurtwood Smith Have the coronavirus?

Kurtwood Larson Smith is an American television and film actor. He is known for playing Clarence Boddicker in RoboCop and Red Forman in That '70s Show, and for his appearances in the genre of science fiction. He also starred in the seventh season of 24.
Onstage, Smith won three Drama-Logue Awards for his performances in Billy Budd, Idiot's Delight, and Green Grow the Lilacs. In his film career, he portrayed Clarence Boddicker in Paul Verhoeven's science fiction action movie RoboCop and the father role as Red Forman on the Fox sitcom That '70s Show, which ran from 1998 to 2006. After That '70s Show ended, Smith played Senator Blaine Mayer in the seventh season of the action thriller 24, and portrayed Dick Clayton in the CBS series Worst Week. He enjoyed a recurring role as a rogue FBI agent in Seasons 3–5 of the NBC (later CBS) series Medium, appearing in later episodes as a ghost after his character's death. More recently, he played the main character Henry Langston in the ABC sci-fi/drama Resurrection which ran for two seasons (2014–15). Currently, he is a regular on the Amazon original dramedy series Patriot.

He also has an extensive voice acting résumé, appearing in computer games such as Fallout Tactics: Brotherhood of Steel, and FreeSpace 2, and on a number of animated series. He played a recurring role on the claymation series Gary & Mike as the vengeful Officer Dick and voiced the dinosaurian military commander character General Galapagos in the Savage Steve Holland produced Fox animated series Terrible Thunderlizards. He played the voice of Bob Johnson on Squirrel Boy and provided the voice of Kanjar Ro in Green Lantern: First Flight and starred as the sheriff in Last of the Dogmen. Recently Smith appeared on the Netflix show The Ranch as farmer Peterson.
Smith married Cecilia Souza in 1964. The couple divorced in 1974. Smith married Joan Pirkle, who appeared with him in Robocop, in 1988. She played the secretary of Jones. Smith has one daughter, Laurel Garner, and one son, Shannon Smith. Smith lives in Glendale, California.