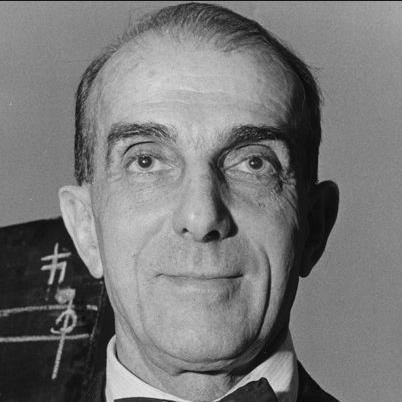 Leonide passed away on March 15, 1979 at the age of 82 in Cologne, West Germany. Leonide's cause of death was natural causes.

Leonid Fyodorovich Myasin (Russian: Леони́д Фёдорович Мя́син), better known in the West by the French transliteration as Léonide Massine (9 August [O.S. 28 July] 1896 – 15 March 1979), was a Russian choreographer and ballet dancer. Massine created the world's first symphonic ballet, Les Présages, and many others in the same vein. Besides his "symphonic ballets," Massine choreographed many other popular works during his long career, some of which were serious and dramatic, and others lighthearted and romantic. He created some of his most famous roles in his own comic works, among them the Can-Can Dancer in La Boutique fantasque (1919), the Hussar in Le Beau Danube (1924), and, perhaps best known of all, the Peruvian in Gaîté Parisienne (1938).