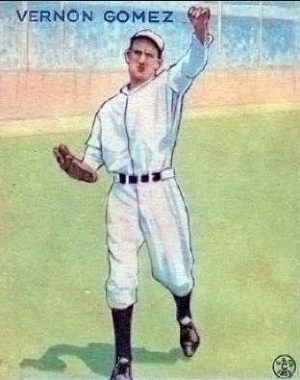 Vernon Louis "Lefty" Gomez (November 26, 1908 – February 17, 1989) was an American professional baseball player. A left-handed pitcher, Gomez played in Major League Baseball (MLB) between 1930 and 1943 for the New York Yankees and the Washington Senators. Gomez was a five-time World Series champion with the Yankees. He was also known for his colorful personality and humor throughout his career and life.