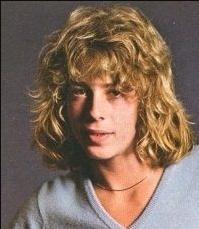 Leif is alive and kicking and is currently 60 years old.
Please ignore rumors and hoaxes.
If you have any unfortunate news that this page should be update with, please let us know using this .

Does Leif Garrett Have the coronavirus?

Leif Garrett's mother, Carolyn Stellar, is still alive and kicking at the age of 87.

Born on November 8, 1961, in Hollywood, California, Leif Garrett started acting when he was five years old. He made his feature film debut in 1969's Bob & Carol & Ted & Alice. Garrett also appeared in 1973's Walking Tall. Two years later, he starred in the short-lived TV series Three for the Road. Garrett launched his music career in 1977 with such hit singles as "Surfin' U.S.A." and "Runaround Sue." The following year, he had his biggest song of his career, "I Was Made for Dancing." Garrett's most recent album is 2007's Three Sides of . . .. In 2010, Garrett went public with his long battle with substance abuse on Celebrity Rehab.
Beginning in 1979, Garrett dated English actress Nicollette Sheridan; they split six years later. Two decades later, Garrett credited Sheridan for helping him at the start of his career.

Garrett also dated celebrities such as his former Family co-star Kristy McNichol, Tatum O'Neal, and Justine Bateman. In the 1990s, Garrett was also in a long-term relationship with actress Elaine Bilstad, who died in 1999 of a heart problem.
In October 2001 Garrett was in a personal bankruptcy proceeding in a federal court in Los Angeles. Court papers stated his only regular income was a $1,000 monthly gift from his mother. His only listed possessions were his clothes, some household goods and about $350 in cash. Garrett ran up a $76,198 debt in unpaid credit card bills over a four-year period.