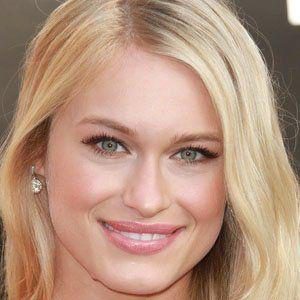 Leven is alive and kicking and is currently 32 years old.
Please ignore rumors and hoaxes.
If you have any unfortunate news that this page should be update with, please let us know using this .

Does Leven Rambin Have the coronavirus?

Leven Alice Rambin-Parrack is an American actress. She is best known for playing look-alike half-sisters Lily Montgomery and Ava Benton on All My Children and her recurring roles in Grey's Anatomy (2005-present), Terminator: The Sarah Connor Chronicles (2008-09), One Tree Hill (2003-12), Wizards of Waverly Place (2007-12), and CSI: Miami (2002-12). She appeared in the sci-fi film The Hunger Games (2012) as the District 1 tribute Glimmer, and appeared as Clarisse La Rue in the fantasy film Percy Jackson: Sea of Monsters (2013).