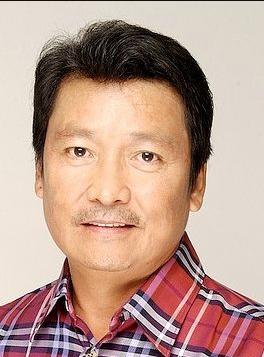 Manuel is alive and kicking and is currently 66 years old.
Please ignore rumors and hoaxes.
If you have any unfortunate news that this page should be update with, please let us know using this .

Does Lito Lapid Have the coronavirus?

Manuel Mercado "Lito" Lapid is a Filipino actor, politician and Senator of the Republic of the Philippines. Lapid was born in Porac, Pampanga on August 21, 1955. Lapid was the fifth child of Jose Lapid and Eleuteria Mercado. He completed his elementary education at the Porac Central School in 1968 and secondary education at St. Catherine Academy in Porac in 1972. He did not enroll for his tertiary education.
In 1995, he ran against Governor Bren Guiao as governor of Pampanga under the same party and won. When he sought a second term in 1998, Lapid joined the administration party Lakas-NUCD. After the impeachment of President Joseph Estrada in 2000 and the second EDSA Revolution the following year, he ran again for his final term and won.

In May 2006, Lapid said he would run against Jejomar Binay as mayor of Makati City citing reasons that he could save Makati from public demonstrations against President Arroyo. He further stated that he could retain his position as senator in case he lost in the 2007 local elections. Senators Panfilo Lacson, Raul Roco, Miriam Defensor Santiago, Sergio Osmeña III, Juan Ponce Enrile, Francisco Tatad all retained their senate seats when they ran for higher elective positions President and Vice President in the 1998 and 2004 elections. However, eminent former justice Isagani Cruz takes exception to this view.
Lapid married Marissa Tadeo, with whom he has two sons and two daughters.