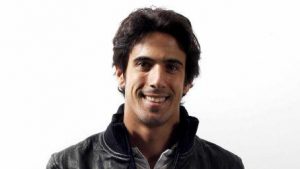 Lucas is alive and kicking and is currently 38 years old.
Please ignore rumors and hoaxes.
If you have any unfortunate news that this page should be update with, please let us know using this .

Lucas Tucci di Grassi (born 11 August 1984) is a Brazilian professional racing driver who currently competes for Audi Sport Team Joest in the FIA World Endurance Championship. Di Grassi also races in the FIA Formula E Championship for Audi Sport ABT and became the first driver in motorsport history to win a motor race in an all electric single-seater racing car at the 2014 Beijing ePrix. He is also a former GP2 Series runner-up, as well as driving for Virgin Racing in the 2010 Formula One season.