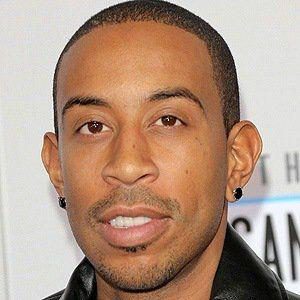 How Old Is Ludacris? Ludacris Birthday

Christopher is alive and kicking and is currently 44 years old.
Please ignore rumors and hoaxes.
If you have any unfortunate news that this page should be update with, please let us know using this .

Does Ludacris Have the coronavirus?

Christopher Brian "Chris" Bridges, better known by his stage name Ludacris, is an American rapper, entrepreneur, and actor. Along with his manager, Chaka Zulu, Ludacris is the co-founder of Disturbing tha Peace, an imprint distributed by Def Jam Recordings. Ludacris has won Screen Actors Guild, Critic's Choice, MTV, and Grammy Award awards during his career. Along with fellow Atlanta based rappers Big Boi and André 3000 of OutKast, Ludacris was one of the first and most influential Dirty South artists to achieve mainstream success during the early 2000s.
Ludacris has a daughter named Karma Bridges (born August 2001) from a relationship with an attorney from Atlanta. Since 2009 he has been dating model Eudoxie Mbouguiengue. He has a daughter, Cai Bella Bridges (born December 2013), with Tamika Fuller, a longtime friend. In Costa Rica on December 26, 2014, Ludacris became engaged to Mbouguiengue, and the two married later that same day. In early June 2015, Eudoxie announced that the couple had welcomed a baby girl.

Born in Champaign, Illinois, Ludacris moved to Atlanta at age nine, where he began rapping. After a brief stint as a DJ, he released his first album Incognegro in 1999, followed by Back for the First Time also in 2000, which contained the singles "Southern Hospitality" and "What's Your Fantasy". In 2001, he released Word of Mouf, followed by Chicken-n-Beer in 2003 and The Red Light District in 2004.
He took a more serious approach with his next two albums, Release Therapy (2006), and Theater of the Mind (2008). His next record, Battle of the Sexes, was released in 2010 and featured the tone of his previous albums. Ludaversal was released on March 31, 2015. As an actor, he has appeared in films including Crash (2004), Gamer (2009), and New Year's Eve (2011). He is best known for playing Tej Parker in The Fast and the Furious film series.