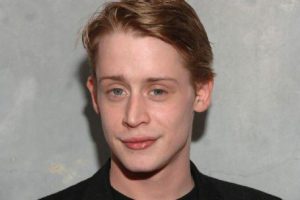 Macaulay is alive and kicking and is currently 41 years old.
Please ignore rumors and hoaxes.
If you have any unfortunate news that this page should be update with, please let us know using this .

Does Macaulay Culkin Have the coronavirus?

Macaulay Culkin's mother, Patricia Brentrup, is still alive and kicking at the age of 77.

Macaulay Carson Culkin is an American actor and musician. He became famous as a child actor for his role as Kevin McCallister in the family comedy Home Alone and its sequel Home Alone 2: Lost in New York (1992). He is also known for his roles in Uncle Buck (1989), My Girl (1991), The Good Son (1993), The Pagemaster (1994), Richie Rich (1994), Party Monster (2003), and the music video for Michael Jackson's "Black or White".
At the height of his fame, he was regarded as the most successful child actor since Shirley Temple. Culkin ranked at number two on VH1's list of the "100 Greatest Kid-Stars" and E!'s list of the "50 Greatest Child Stars".

Culkin married actress Rachel Miner in 1998, when they were both 18, but the couple separated in 2000 and divorced in 2002.
Culkin began dating actress Mila Kunis in May 2002. By 2006, he was residing in New York, and Kunis was in Los Angeles. On January 3, 2011, Kunis's publicist confirmed reports that Culkin and Kunis had ended their relationship several months previously, saying, "The split was amicable, and they remain close friends."
Since 2013, Culkin has lived in Paris. As of October 2017, Culkin has been in a relationship with his Changeland co-star Brenda Song.