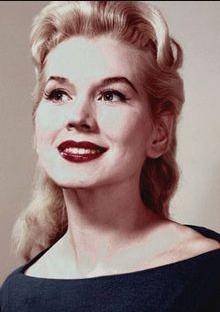 Marian Stafford (February 7, 1931 – August 16, 1984) was an American actress and model born in Houston, Texas. She was Playboy magazine's Playmate of the Month for the March 1956 issue. Her centerfold was photographed by Ruth Sondak, and was the first to consist of three pages.