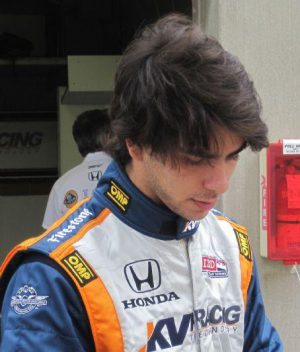 Mario is alive and kicking and is currently 33 years old.
Please ignore rumors and hoaxes.
If you have any unfortunate news that this page should be update with, please let us know using this .

Mario Ermirio de Moraes Filho (born December 20, 1988 in São Paulo) is a Brazilian professional race car driver. Moraes started his career in minor youth motorsports. In 2003 Moraes competed in American Formula Renault with World Speed Motorsports and won races against some competition such as Marco Andretti. In 2005 he drove for the Bassan Motorsport team in Formula Three Sudamericana and finished eighth. In 2006 he finished second in F3 Sudamericana, then moved to the British Formula Three National Class driving for Carlin Motorsport and earned several good finishes while not competing for series points. He finished in 14th place in the 2007 British Formula Three championship's Championship Class, again competing for Carlin.