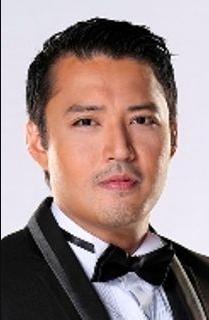 Mark Anthony is alive and kicking and is currently 43 years old.
Please ignore rumors and hoaxes.
If you have any unfortunate news that this page should be update with, please let us know using this .

Does Mark Anthony Fernandez Have the coronavirus?

Mark Anthony Fernandez's mother, Alma Moreno, is still alive and kicking at the age of 63. She is Filipino and has had a career as a actress, politician.

Mark Anthony Lacsamana Fernandez is a Filipino actor. He is the son of Rudy Fernandez and Alma Moreno. His breakout roles in the movies includes Pare Ko, Mangarap Ka and Matimbang Pa sa Dugo which featured him as a lead star. In 1996, he received Best Actor and Best Supporting Actor nominations for the 3 aforementioned movies he did. However, the year 1998 started a downward spiral in Fernandez's career and personal life following an assault case that was filed against him by an American socialite and the break-up with his then-girlfriend Claudine Barretto. His home studio Regal Films attempted to launch him as an action star in the movies Sonny Segovia: Lumakad Ka Sa Apoy and Walang Katumbas Ang Dugo but both movies flopped at the box-office.
He has been one of GMA's leading actors with his critically acclaimed performances on TV series such as Impostora (2007), Kamandag (2007–08), Ako si Kim Samsoon (2008), Luna Mystika (2008–09), All About Eve (2009) and Munting Heredera. He also portrayed Manny Pacquiao in Magpakailanman in 2003 before his second drug rehab.

His role as Nicolas Cayetano is the drama series Impostora became his most notable role in TV & the said drama also relaunched his career making him one of the sought-after leading men in GMA-7 & because of the fruitful projects given to him by GMA, he decided to sign an exclusive contract with the network that rebuilt his career. He was paired off with Sunshine Dizon (Impostora), Heart Evangelista (Luna Mystika), Iza Calzado (All About Eve), Marian Rivera (Darna) and Regine Velasquez (Ako si Kim Sam Soon and recently in Diva, 2010).
Fernandez married Melissa Garcia in 2006 but have since separated. They have a son named Grae Cameron. He is also the nephew of action star Robin Padilla Mark's father Daboy is Robin's cousin.
On 3 October 2016, Fernandez was arrested for marijuana possession after attempting to elude a police checkpoint in Angeles, Pampanga. He has stated he smokes marijuana "to prevent cancer". after a year, on 23 December 2017, Fernandez had been released from jail due to dismissal of drug case against him.