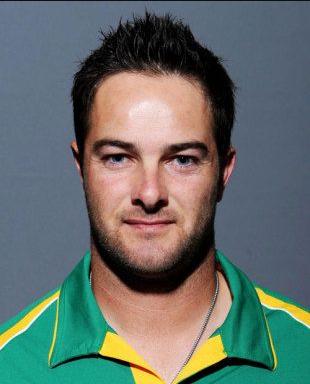 Mark is alive and kicking and is currently 45 years old.
Please ignore rumors and hoaxes.
If you have any unfortunate news that this page should be update with, please let us know using this .

Mark Verdon Boucher (born 3 December 1976) is a former South African cricketer, who holds the record for the most Test dismissals by a wicket-keeper. He has represented Border, South Africa, Africa XI, ICC World XI and Royal Challengers Bangalore and Kolkata Knight Riders in the Indian Premier League. He had been a regular feature of the South African side since the 1997/1998 tour to Australia, until his retirement from international cricket in July 2012 after a serious eye injury against Somerset.
Boucher started his 2007 Cricket World Cup campaign in good form with a 21-ball half century, the then fastest in World Cup history (before being beaten by Brendon McCullum's 20-ball effort six days later) – scoring 75 not out against the Netherlands as South Africa scored 353 for 4 wickets in a rain-shortened World Cup match. However, this was overshadowed by Herschelle Gibbs's six sixes in an over, the 3rd time ever in world cricket and first time in a One Day International match, and thus in the World Cup.

He became the first wicketkeeper in the history of test cricket to reach the milestone of 400 dismissals when he caught Danish Kaneria off the bowling of Makhaya Ntini on 10 October 2007 in the second test of the Bank Alfalah Test Series against Pakistan at Gaddafi Stadium, Lahore.
Mark Boucher suffered a serious eye injury on 9 July 2012, after being struck on his left eye by a bail. He was not wearing a protective helmet or glasses when he was struck by the bail after leg-spinner Imran Tahir bowled Somerset's Gemaal Hussain. Following surgery to the eyeball, Boucher was ruled out of the rest of the tour. Due to the severity of the injury, Boucher—who had planned to retire at the end of the tour—retired from International Cricket on 10 July.