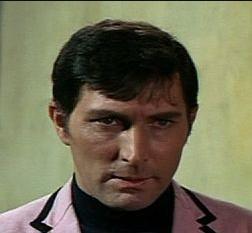 Mark passed away on January 1, 2021 at the age of 92 in England, United Kingdom. Mark's cause of death was Alzheimer's disease.

Mark Eden (born 14 February 1928) is a British actor. He is best known for his portrayal of Alan Bradley in Coronation Street, a character he played from 1986-1989.
Eden has appeared in repertory theatre in England and Wales and at the Royal Court Theatre. His television and film roles include the Doctor Who serial Marco Polo (1964) in which he played Marco Polo, a reporter in Quatermass and the Pit in 1958, Number 100 in The Prisoner in 1967, and Inspector Parker in the TV adaptations of several Lord Peter Wimsey stories in the 1970s. Having briefly played a short lived character named Wally Randle in 1981, he returned for a long-running role in Coronation Street, in which he played Alan Bradley.

Eden's time on Coronation Street came to an end in December 1989 after Bradley was killed by a Blackpool tram. In 2009, Eden unveiled a plaque at the tram stop where the scene was filmed.
After leaving Coronation Street, Eden said he received many casting offers for "psycho" roles. Prior to the show, Eden was often cast in roles of an upper-class gentleman. Eden worked on the stage and in radio plays. He also worked with The Beach Boys and wrote a musical about them. His television appearances included playing Boucher in an episode of Poirot. His autobiography Who's Going To Look At You? was published in 2010.
He was married to Joan Le Mesurier They had one son, David (died 2017), who became an actor.