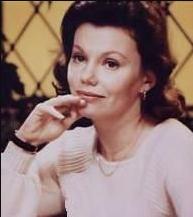 Marsha is alive and kicking and is currently 80 years old.
Please ignore rumors and hoaxes.
If you have any unfortunate news that this page should be update with, please let us know using this .

Does Marsha Mason Have the coronavirus?

Marsha Mason is an American actress and director. She is a four-time Academy Award nominee and two-time Golden Globe Award winner.
Mason has had a distinguished career in film and theater. Her film debut in Blume in Love early 1973 had Neil Simon smitten and he cast her in his Broadway play The Good Doctor. Shortly afterwards, Mason and Simon, a widower, fell in love and got married. That same year, Mason co-starred opposite James Caan in the 20th Century Fox film Cinderella Liberty, which netted her an Oscar nomination for Best Actress. In 1977, Mason's performance in Simon's smash hit film, The Goodbye Girl, won her a second Best Actress Academy Award nomination. In 1979, Simon successfully cast Mason as Jennie MacLaine in the screen adaptation of his hit play Chapter Two, which was based on Mason's relationship with Simon up to their marriage. The film proved to be another big hit, garnering her a third Oscar nomination for Best Actress.

Her stage credits include Norman Mailer's The Deer Park, Israel Horovitz's The Indian Wants the Bronx, Neil Simon's The Good Doctor and Joseph Papp's 1974 Richard III at the Lincoln Center. Mason starred on Broadway in a revival of Night of the Iguana in 1996, and the following year in Michael Cristofer's Amazing Grace. Mason reunited with Goodbye Girl co-star Richard Dreyfuss and writer Neil Simon in Duncan Weldon and Emanuel Azenberg's production of The Prisoner of Second Avenue in 1999, which was performed at the L.A. Theatre Works shortly after a revival in London's West End. She earned a Grammy nomination in comedy.
Mason was married to actor Gary Campbell from 1965 until they divorced in 1970. Her second marriage, to playwright Neil Simon, lasted from 1973 until their 1983 divorce.