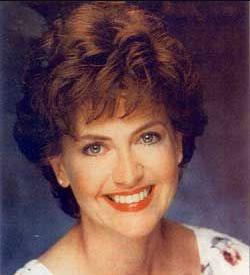 Mary Lou is alive and kicking and is currently 71 years old.
Please ignore rumors and hoaxes.
If you have any unfortunate news that this page should be update with, please let us know using this .

Does Mary Lou Metzger Have the coronavirus?

Mary Lou Metzger is an American singer and dancer best known as a cast member on The Lawrence Welk Show.
The only child of Ernie and Helen Metzger, the family moved to Havertown, Pennsylvania where at the age of seven Metzger officially began her performing career, which included appearances on The Ted Mack Amateur Hour and acting in a national tour of The Music Man. While a student at Temple University, she went to Los Angeles, California to appear on the television program GE College Bowl; while there she auditioned for Lawrence Welk and was accepted in the show's apprentice training program.

During her twelve years on the show, she sang as part of a female trio with fellow Welk stars Gail Farrell and Sandi Griffiths, various group numbers, and song-and-dance numbers with Jack Imel; she also danced with the maestro himself at the end of each show. After the show ended its regular run on television, she continued to pursue acting, which included commercials, and parts on both the small and the big screen, such as Garry Marshall's 1999 film The Other Sister. She also co-founded the Actors' Conservatory Ensemble theater group in 1990.
She is married to Richard Maloof, who played double bass and tuba on The Lawrence Welk Show. They live in Sherman Oaks, California.