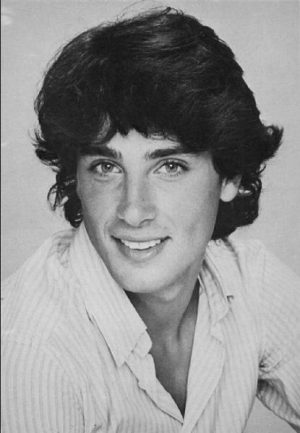 Matt is alive and kicking and is currently 63 years old.
Please ignore rumors and hoaxes.
If you have any unfortunate news that this page should be update with, please let us know using this .

Does Matt Lattanzi Have the coronavirus?

Matthew Vincent "Matt" Lattanzi is an American actor and dancer. He is most commonly recognized as the first husband of singer and actor Olivia Newton-John, and for his acting in films such as My Tutor and the soap opera Paradise Beach.
Lattanzi's feature film debut was in 1980 in the movie Xanadu. Lattanzi's career consists mostly of small movie parts, though he did have a starring role in 1983's My Tutor. Other film credits include Rich and Famous, Grease 2, That's Life!, Roxanne, Catch Me If You Can, and Diving In. Lattanzi also had a significant role in the Australian soap opera, Paradise Beach, and he appeared in four of Newton-John's music videos: "Landslide", "Soul Kiss", "Toughen Up" and "Can't We Talk It Over In Bed".

While filming Xanadu, Lattanzi met Olivia Newton-John, whom he married in 1984. The couple had one daughter, Chloe Rose Lattanzi, born on January 17, 1986. By 1992, his acting career was largely over, and he took a job as a construction worker for a homebuilding company in California. Lattanzi and Newton-John moved to their farm in Australia in 1993 so that he could audition for the new soap opera, Paradise Beach. He won a six-month contract for the show.