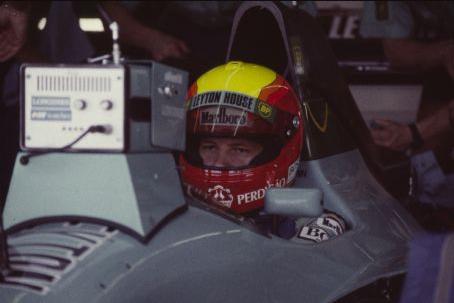 Mauricio is alive and kicking and is currently 59 years old.
Please ignore rumors and hoaxes.
If you have any unfortunate news that this page should be update with, please let us know using this .

Maurício Gugelmin (born April 20, 1963 in Joinville) is a former racing driver from Brazil. He took part in both Formula One and the Champ Car World Series. He participated in 80 Formula One grands prix, debuting in 1988 for the March team. He achieved one top-three finish and scored a total of ten championship points in the series. He competed in the Champ Car series between 1993 and 2001, starting 147 races. He won one race, in 1997 in Vancouver, finishing fourth in the championship that year. His best result in the Indianapolis 500 was in 1995 where he started and finished in sixth position, leading 59 laps. For a period, he held the world speed record for a closed race track, set at California Speedway in 1997 at a speed of 240.942 mph (387.759 km/h). Gugelmin retired at the end of 2001 after a year that included the death of his son.