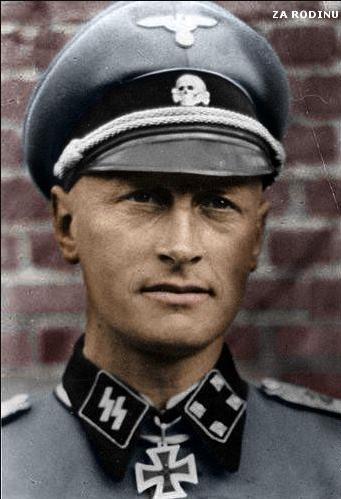 Max Hansen (31 July 1908 – 7 March 1990) was a Standartenführer (Colonel), in the Waffen-SS who was awarded the Knight's Cross of the Iron Cross with Oak Leaves. The Knights Cross was awarded to recognize extreme battlefield bravery or successful military leadership by Nazi Germany during World War II. The Oak leaves was a second award.