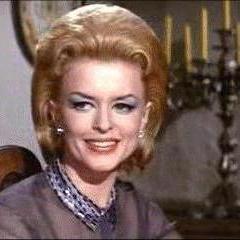 Meri Welles was an American actress who was born on February 27, 1937 as Mary Janet Carsey. She was an actress, known for The Little Shop of Horrors (1960), The Pink Panther (1963) and Alfred Hitchcock Presents (1955).
Her first break was in a small role in Roger Corman’s Little Shop of Horrors (1960). During production, she met and fell in love with one of producer Roger Corman’s stock players, Mel Welles (real name Ira W. Meltcher) and on May 29, 1959, the couple married in Los Angeles, CA.

By 1972, she was back in Texas. When Betty Hutton dropped out of a dinner theatre production of “Here Today” in Lubbock, Texas, Mary Carsey took her place for the run of the show. Carsey died later that year, on August 27, 1973, at the age of 36.
Her son, Michael T. Cates, writes music and science fiction and lives in Dallas; he has an aka "Mohawk Mike"which he is also known as. Her second son, with Mel Welles, an actor, is Kevin K. Welles.