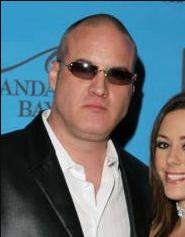 Michael Raven (born 1969) is an American pornographic film director. He is a member of the AVN Hall of Fame.
While he was working as a car salesman, Raven met Sydnee Steele to whom he sold a new Miata. They married, finding a common interest in pornography and swinging, and moved to Los Angeles, California to turn their hobbies into careers.

Their marriage lasted for ten years. He was married to pornographic actress Julia Ann, they divorced in 2007. He has one brother, named Thomas Priest.