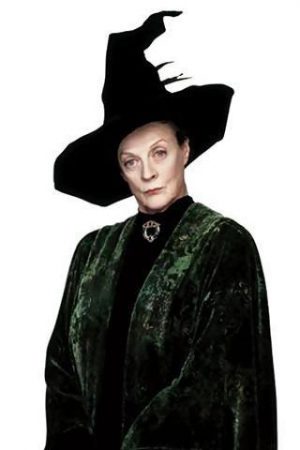 Minerva is alive and kicking and is currently 86 years old.
Please ignore rumors and hoaxes.
If you have any unfortunate news that this page should be update with, please let us know using this .

Does Minerva McGonagall Have the coronavirus?

Minerva McGonagall is the Deputy Headmistress of Hogwarts School of Witchcraft and Wizardry, Professor of Transfiguration and the Head of the Gryffindor House in Harry Potter -film series, based on J.K. Rowling's books. She's very rigorous and precise, but also a true friend and always ready to fight for weaker. McGonagall is of course very clever and able to transform into a cat. She's an excellent dueller, even though she was stunned by Ministry Officials, while she was trying to save Hogwarts' game keeper, Hagrid, from Ministry of Magic's tyranny. Professor McGonagall wears emerald green robes and is very fond of Scottish tartans because of her Scottish ancestors. Tartan robes are seen on McGonagall while she's watching Quidditch or she's wearing her evening gown.Minerva is a half-blood and was born on October 4, 1925 to a witch, Isobel and a muggle, Robert McGonagall. Minerva was named after her grandmother, a very talented witch, whom died right before her granddaughter was born.Her very first appearance was in Harry Potter and the Philosopher's Stone, when she arrived at orphan boy, Harry Potter (the principal character of the books), aunt's and uncle's home to see what kind of muggles they were - "the worst kind" she informs Albus Dumbledore upon his arrival. Hagrid arrived soon afterwards with Harry who is left with his mother's sister over McGonagall's protest.In the second movie, Harry Potter and the Chamber of Secrets, McGonagall became the Headmistress, when Dumbledore was expelled for a while. When Dumbledore returned, she was the Deputy Head once again.In the Harry Potter and the Goblet of Fire, which is the fourth movie of the series, there is hosted the Triwizard Tournament in Hogwarts and with other teachers McGonagall is arranging it. The students of Beauxbatons from France and Durmstrang from Russia arrive to Hogwarts but again there are certain problems. One part of the Tournament is the Yule Ball, a dance at Christmas and it is McGonagall's responsibility to teach the students how to dance. Though the Ball is a small problem, It's a much bigger problem when one of the Triwizard champions are murdered by none other than The Dark Lord, Voldemort, himself.In the fifth film, Harry Potter and the Order of the Phoenix, the Ministry of Magic decides to take over Hogwarts and send their minion, Dolores Umbridge to fix "the fallen standards of Hogwarts". Umbridge starts to spy on other teachers and soon there is the tyranny of Umbridge in the school. McGonagall is outraged, when she hears about Umbridge's punishment methods (persecution) and at once she begins to resist her. Even though the situation in Hogwarts seems desperate, Umbridge is expelled from Hogwarts and McGonagall celebrates with others.Minerva McGonagall will be seen in the 6th and the 7th movies, where she will briefly become the Headmistress of Hogwarts after Dumbledore's death (in the war of the Astronomy Tower) and she will take part in the great battle of Hogwarts against the Dark Powers of the Wizarding World. She is the one who finds Harry and Luna in Ravenclaw Tower looking for the lost diadem. She fights Snape who insists Harry Potter was in the castle (if only she knew his true nature), lets Harry look for the diadem, and arranges departure through the Hog's Head passage to those who are underage or wish not to fight. She is also part of the trio that duels Voldemort before Harry defeats him, along with Horace Slughorn and Kingsley Shacklebolt.