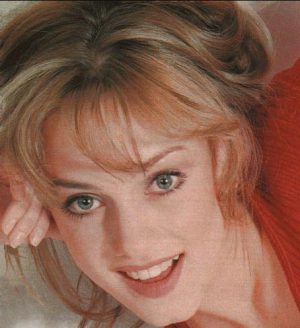 Monika is alive and kicking and is currently 46 years old.
Please ignore rumors and hoaxes.
If you have any unfortunate news that this page should be update with, please let us know using this .

Does Monika Hilmerová Have the coronavirus?

Monika Hilmerová (born October 7, 1974 in ČSSR) is a Slovak actress. She is a winner of the Silver Dolphin award received in 2001 at the annual Festroia International Film Festival in Setúbal, Portugal as the Best Actress for her performance in Der Lebensborn - Pramen života (English: Spring of Life, 2000). The actress appears in multi-language productions, including the Czech, Slovak, English and/or German. Among others, she co-starred in the Golden Globe-nominated Uprising (2001) by Jon Avnet, Silvio Soldini's movie Brucio nel vento (2002) (e.g. Nastro d'Argento award, BM IFF award and/or Flaiano FF award) and the U.S. Emmy Award-winning TV-miniseries Frankenstein (2004) by Kevin Connor. In March 2010, the actress was named a UNICEF Goodwill Ambassador.