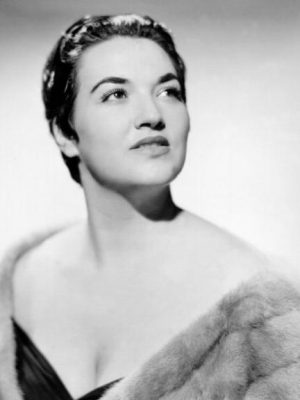 Morgana is alive and kicking and is currently 92 years old.
Please ignore rumors and hoaxes.
If you have any unfortunate news that this page should be update with, please let us know using this .

Morgana King is an American jazz singer and actress. Her best-known role was that of Carmela Corleone in The Godfather (1972) and The Godfather Part II (1974). King was born Maria Grazia Morgana Messina in Pleasantville, New York. Her parents were from Fiumefreddo di Sicilia, Province of Catania, Sicily, Italy. She grew up in New York City with five siblings. Her father, who owned a coal and ice business, played the piano and guitar by ear. Her family experienced a difficult financial period after her father died.
Morgana King married twice. Her first marriage (when she was 17 years old) was to jazz trumpeter Tony Fruscella (1927–1969), which ended in divorce after nine years; they had a daughter, Graysan (1950–2008). During their marriage, the couple frequently had "Sunday dinner with Charlie Parker and his family."

Her second marriage, in 1961, was to jazz trombonist Willie Dennis (né William DeBerardinis; 1926–1965), whom she met during an off-night visit to the Birdland Jazz Club where she went to hear Sam Donahue's group.
She traveled to Brazil with Dennis to experience this "new" music style when he toured with Rich in 1960. She said the experience was "an introduction to myself." Their close collaboration was suddenly shattered in 1965 with his death from an automobile accident in New York's Central Park.It's a Quiet Thing (Reprise, 1965) is a memorial to him.
After Dennis's death, King relocated and lived for more than two decades in Malibu, California. She accepted Frank Sinatra's offer to record three albums on his record label Reprise Records (It's A Quiet Thing (1965), Wild Is Love (1966) and Gemini Changes (1967)).