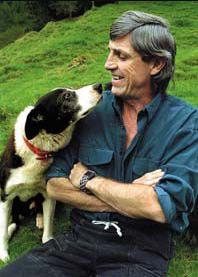 Murray Hone Ball, ONZM (born 1939 in Feilding in the Manawatu), is a New Zealand-born cartoonist, has become known for his Stanley the Palaeolithic Hero (the longest running cartoon in Punch magazine), Bruce the Barbarian, All the King's Comrades (also in Punch) and the long-running Footrot Flats comic series. In 2002 Ball became an officer of the New Zealand Order of Merit (ONZM) for his services as a cartoonist.