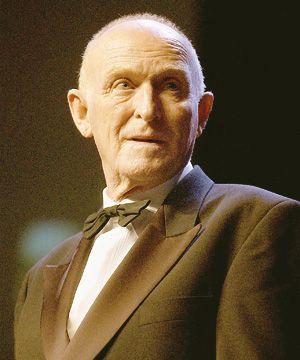 Murray is alive and kicking and is currently 89 years old.
Please ignore rumors and hoaxes.
If you have any unfortunate news that this page should be update with, please let us know using this .

Sir Murray Gordon Halberg ONZ MBE (born 7 July 1933) is a former New Zealand middle distance runner who won the gold medal in the 5000 metres event at the 1960 Olympics. He also won gold medals in the 3 miles events at the 1958 and 1962 Commonwealth Games. He has worked for the welfare of children with disabilities since he founded the Halberg Trust in 1963.
In the 1961 New Year Honours, Halberg was appointed as a Member of the Order of the British Empire, for services to athletics. In the 1988 New Year Honours, he was appointed a Knight Bachelor, for services to sport and crippled children. In the Queen's Birthday Honours 2008 Halberg was appointed to the Order of New Zealand. The following month he became only the fourth person to be awarded the Blake Medal, named after fellow countryman Sir Peter Blake, for his more than 50 years' service to athletics, and to children with disabilities.

In 1963 he set up The Halberg Trust, which supports children with disabilities to be active in sport, creation and leisure. The organization rebranded in 2012 to become the Halberg Disability Sport Foundation. For many years the organization has managed the New Zealand Sportsman of the Year Award, which is now called the Halberg Awards.
Halberg House of Hutt International Boys' School is named after Sir Murray Halberg, and students in the house earn what are called "meter points" which relates to Sir Murray Halberg and his running career. Tauranga Boys' College also named a house after Sir Murray Halberg. Halberg Crescent, in the Hamilton suburb of Chartwell, is named in Halberg's honour.