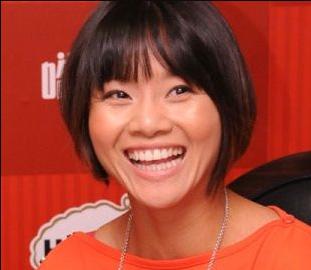 Na is alive and kicking and is currently 39 years old.
Please ignore rumors and hoaxes.
If you have any unfortunate news that this page should be update with, please let us know using this .

Does Na Li Have the coronavirus?

Li Na (born 26 February 1982) is a Chinese former professional tennis player, who achieved a career-high ranking of world No. 2 on the WTA Tour on 17 February 2014, but retired from the sport seven months later due to a chronic left knee injury that had kept her out of the game for many years previously. Over the course of her career, Li won nine WTA singles titles, including two Grand Slam singles titles at the 2011 French Open and 2014 Australian Open. Li's rise to prominence came after those victories, which made her the first and only Grand Slam singles champion from Asia. Prior to this, she had already become the first player representing an Asian country to appear in a Grand Slam singles final, a milestone she achieved at the 2011 Australian Open. Li was also the runner-up at the 2013 Australian Open and 2013 WTA Tour Championships, a three-time quarterfinalist at Wimbledon and a semifinalist at the 2008 Beijing Olympic Games and 2013 US Open. Among her other most notable accolades, she was the first Chinese player to win a WTA tour title at the Guangzhou International Women's Open in 2004, the first to reach a Grand Slam singles quarterfinal at the 2006 Wimbledon Championships, and the first to break into the world's top 10. Her feats have sparked a major population growth of tennis players in Asia, earning her the reputation as the region's tennis pioneer and trailblazer.