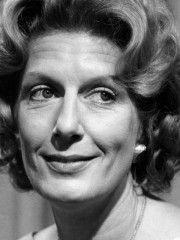 Nancy passed away on June 18, 2000 at the age of 71 in Stratford, Connecticut, USA. Nancy's cause of death was emphysema and lung cancer.

Nancy Marchand was an American actress. She began her career in theatre in 1951. She was perhaps most famous for her television portrayals of Margaret Pynchon on Lou Grant and Livia Soprano on The Sopranos.