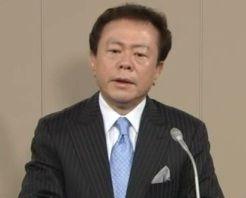 Naoki is alive and kicking and is currently 75 years old.
Please ignore rumors and hoaxes.
If you have any unfortunate news that this page should be update with, please let us know using this .

Naoki Inose (猪瀬 直樹, Inose Naoki, born 20 November 1946) is a Japanese journalist, historian, social critic and biographer of literary figures such as Yukio Mishima and Osamu Dazai. He served as Vice Governor of Tokyo from June 2007 until becoming Acting Governor on 1 November 2012 following the resignation of Shintaro Ishihara. He was elected Governor in a historical landslide victory in December 2012, but announced his resignation on December 19, 2013 following a political funds-related scandal; his resignation was approved and became effective December 24, 2013.