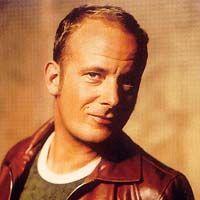 Nikolaj Steen is alive and kicking and is currently 55 years old.
Please ignore rumors and hoaxes.
If you have any unfortunate news that this page should be update with, please let us know using this .

Nikolaj Steen (b. 1967, Frederiksberg, Denmark) is a music producer, songwriter, composer and also a singer with several albums to his name. He has appeared in a number of Danish films and television series. He is the brother of the famous actress and director Paprika Steen, a well-known name at the Karlovy Vary festival (her debut Aftermath (Lad de små børn, 2004) screened here and she took Best Actress at KVIFF for Applause in 2009). The film Oldboys is the first film by her talented brother Nikolaj in a directorial role.