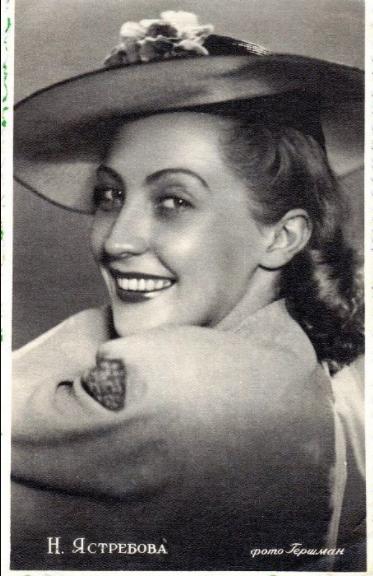 Nonna passed away on September 3, 2012 at the age of 88 in Saint-Petersburg, Russia.

Nonna Yastrebova was a Russian actress, ballet dancer who was born on September 22, 1923. She was an actress, known for Russian Ballerina (1947) and Sespel (1970).
Yastrebova is a classical ballerina of a lyrical-comedy plan. But she also succeeded in the dramatic role of Zarema in the ballet “The Fountain of Bakhchisarai” and the party of the Chinese dancer Tao Hoa in the ballet “ Red Poppy ”. She was one of the best Kitri in the ballet Don Quixote of the post-war Leningrad and charming Aurora in the ballet Sleeping Beauty.

On the stage of the Mariinsky Theater, Nonna Borisovna Yastrebova danced for more than 20 years, then devoted herself to ballet pedagogy. She headed the children's ballet studio at the Leningrad Palace of Pioneers. She worked a lot abroad.
Russian Ballerina (Russian: Солистка балета, romanized: Solistka baleta) is a 1947 Soviet film directed by Aleksandr Ivanovsky. Nonna died on September 3, 2012 in St Petersburg, Russia.