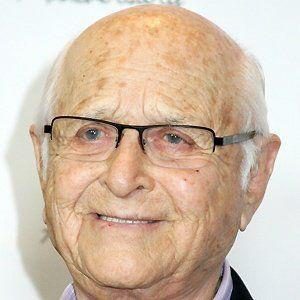 Norman is alive and kicking and is currently 99 years old.
Please ignore rumors and hoaxes.
If you have any unfortunate news that this page should be update with, please let us know using this .

Does Norman Lear Have the coronavirus?

Norman Milton Lear is an American television writer and producer who produced such 1970s sitcoms as All in the Family, Sanford and Son, One Day at a Time, The Jeffersons, Good Times, and Maude. As a political activist, he founded the advocacy organization People for the American Way in 1981 and has supported First Amendment rights and progressive causes.
In 2003 Lear made an appearance on South Park during the "I'm a Little Bit Country" episode, providing the voice of Benjamin Franklin. He also served as a consultant on the episodes "I'm a Little Bit Country" and "Cancelled". Lear has attended a South Park writers' retreat, and served as the officiant at co-creator Trey Parker's wedding.

Lear is spotlighted in the 2016 documentary Norman Lear: Just Another Version of You. In 2017, Lear served as executive producer for One Day at a Time, the reboot of his 1975-1984 show of the same name that premiered on Netflix starring Justina Machado and Rita Moreno as a Cuban-American family.
In May 2018, it was announced Nickelodeon had greenlit an animated TV show created by Norman Lear, titled Man of the House. The series will follow an 11-year-old Latino boy Jose who helps his family take care of his family. His love seems to be hip-hop and is looking to hit it big with his group that he formed with friend Wilbur that lives downstairs.
In 2004, Lear established Declare Yourself, a national nonpartisan, nonprofit campaign created to empower and encourage eligible 18- to 29-year-olds in America to register and vote. Since then, it has registered almost 4 million young people and contributed significantly to the unprecedented turnout of young voters.