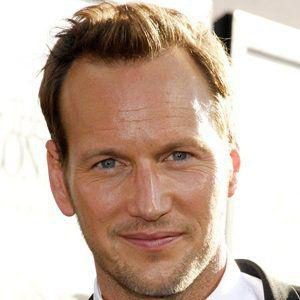 Patrick is alive and kicking and is currently 48 years old.
Please ignore rumors and hoaxes.
If you have any unfortunate news that this page should be update with, please let us know using this .

Does Patrick Wilson Have the coronavirus?

Patrick Joseph Wilson is an American actor and singer. He spent his early career starring in Broadway musicals, beginning in 1995. He is a two-time Tony Award nominee for his roles in The Full Monty and Oklahoma! (2002). In 2003, he appeared in the HBO miniseries Angels in America for which he was nominated for the Golden Globe Award and Primetime Emmy Award for Outstanding Supporting Actor in a Miniseries or a Movie.
In 2004, Wilson made his first film appearance in The Alamo, playing William B. Travis. That same year, he co-starred in the musical film The Phantom of the Opera as Viscount Raoul de Chagny. The following year, he starred alongside Ellen Page in the psychological thriller film Hard Candy, portraying a pedophile named Jeff Kohlver.

In January 2014, Wilson was announced to portray the lead role, Lou Solverson, in the second season of FX's anthology series Fargo. He was nominated for the 2015 Golden Globe Award for Best Actor – Miniseries or Television Film for his performance. In March 2014, Wilson was cast in an unspecified role in the Marvel Cinematic Universe film Ant-Man, but later left the film due to scheduling conflicts brought upon by multiple delays with the film's production. That same year, he was cast as Arthur O'Dwyer in the Western film Bone Tomahawk, opposite Kurt Russell and Matthew Fox.
On June 18, 2005, Wilson married Polish-American actress Dagmara Domińczyk, also a Carnegie Mellon University graduate (he graduated in 1995 with a drama degree; she graduated in 1998). On June 23, 2006, Domińczyk gave birth to their son, Kalin Patrick Wilson. On August 9, 2009, they welcomed their second son, Kassian McCarrell Wilson. He currently lives in Montclair, New Jersey with his family.