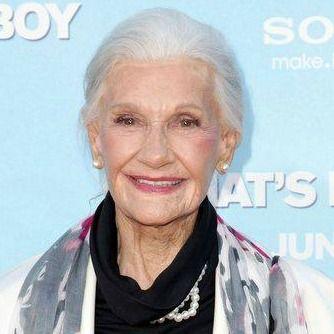 Florida-born Peggy O'Rourke's parents divorced when she was very young. Peggy's mother eventually married a wealthy attorney named Stewart, and Peggy took his name.
She grew up in Atlanta (where she developed the athletic skills she would later demonstrate in her many westerns for Republic Pictures). On a family vacation to Los Angeles to visit her grandmother, Peggy, as a lark, attended classes at a dramatic school, but the acting bug hit her hard and when it was time to return to Atlanta, Peggy talked her mother into letting her staying with her grandmother. As luck would have it, a resident of the apartment building they lived in was character actor Henry O'Neill, who took a liking to Peggy and got her cast in her first film, Wells Fargo (1937). She picked up a few more small roles, and acquitted herself so well the parts started getting bigger and she was working more often.

She married actor Don 'Red' Barry in 1940, and was eventually signed by Republic Pictures, Barry's studio, to make westerns and serials. In three years, Peggy did almost 30 films at Republic, most of them westerns. She appeared in two of the studio's more successful serials, but when Republic assigned her to another one, she protested. She didn't particularly like working in serials, preferring the feature westerns, which didn't take as long to film.
Eventually, the struggle with Republic got to the point where Peggy asked for her release, and she got it. Although she wanted to start doing films other than westerns, she had made so many at Republic that she found herself basically unable to find work in any other genre. She freelanced for Monogram, Allied Artists, PRC and other small studios until she was picked up by Columbia--which immediately put her into serials.
She eventually decided to leave the film business, and did so in 1953. She did do some television work (mostly westerns!) while raising her family, and also performed in the Los Angeles theatrical community. She kept her hand in the film business, making occasional appearances in some lower-budget westerns, made-for-TV movies and inexpensive horror pictures.