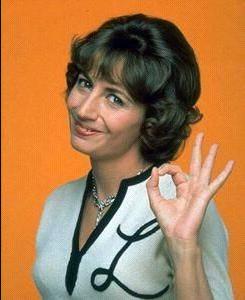 Penny passed away on December 17, 2018 at the age of 75 in Los Angeles, California, USA. Penny's cause of death was complications of diabetes.

Carole Penny Marshall is an American actress, director, and producer. After playing several small roles for television, she was cast as Laverne DeFazio on the sitcom Laverne & Shirley, which ran from 1976 until 1983, during which Marshall was nominated for a Golden Globe award for her performance three times.
Carole Penny Marshall was born in the Bronx, New York City, New York, on October 15, 1943, to Marjorie Irene (née Ward; 1908–1983), a tap dance teacher who ran the Marjorie Marshall Dance School, and Anthony "Tony" Masciarelli (1906–1999), later Marshall, a director of industrial films and later a producer. She was the sister of actor/director/TV producer Garry Marshall and Ronny Hallin, a television producer. She began her career as a tap dancer at age three, and later taught tap at her mother's dance school. Her birth name, Carole, was selected because her mother's favorite actress was Carole Lombard. Her middle name was selected because her older sister, Ronny, wanting a horse in the Bronx, was saving her pennies; her mother chose the middle name in an attempt to console her.

While attending the University of New Mexico in Albuquerque, Marshall met Michael Henry, a football player. Aged 20, she left college to marry him in 1963; they had one child, a daughter, Tracy. Marshall worked as a secretary and later as a tap dance teacher. The marriage lasted 3 years.
On April 10, 1971, Marshall married actor/director Rob Reiner, who adopted her daughter and gave her his last name. Her marriage to Reiner ended in 1981 but Reiner and Marshall have five grandchildren together.
Marshall had a brief relationship with singer Art Garfunkel in the mid-1980s, and he credits her with helping him through his depression. Their friendship stayed strong even after their romantic relationship ended. Garfunkel would later say of Marshall, "Everything changed. Penny is a sweet human being who can bring anybody down to earth. We had a lot of laughs, great sex, and a ton of party nights."
In 2010, it was reported that Marshall had been diagnosed with lung cancer that had metastasized to her brain, but she revealed in 2012 that she was in remission.