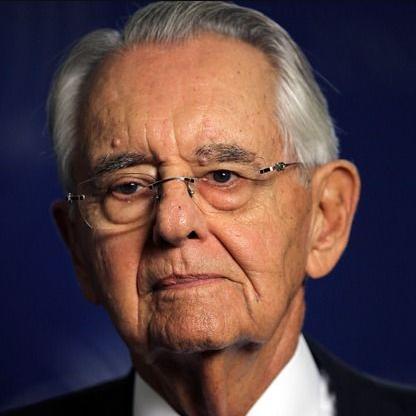 Peter is alive and kicking and is currently 96 years old.
Please ignore rumors and hoaxes.
If you have any unfortunate news that this page should be update with, please let us know using this .

Peter George "Pete" Peterson (born June 5, 1926) is an American businessman, investment banker, fiscal conservative, philanthropist, and author, who served as United States Secretary of Commerce from February 29, 1972 to February 1, 1973. He is also known as founder and principal funder of The Peter G. Peterson Foundation, which he established in 2008 with a $1 billion endowment. The group focuses on raising public awareness about U.S. fiscal-sustainability issues related to federal deficits, entitlement programs, and tax policies. In recognition of his support, the influential Peterson Institute for International Economics was named in his honor in 2006.